Here’s a weirdly common problem: I own lots of games I’ve never finished. Until recently, I didn’t actually know the number but I figured it was in the low double-digits. They’re mostly from Steam sales, 3DS impulse-buys, and the Switch’s incredible port backlog, but some are games I bought at full price with every intention of enjoying. True story: I bought Crono Trigger for the DS in 2009, and it remained unopened in a drawer for ten years.

First up, Final Fantasy IX. I originally bought it for the PS1 in 2000. I think I got about halfway through. I don’t know why I didn’t finish it then (maybe I had homework?), but I eventually sold my PS1 and gave it to my brother.

I did play a little bit of it on iOS, though that’s really not the place to let yourself get lost in 50-hour epics. Finally, I bought it on Switch in 2019 for $20 or so.

The Princess Bride of the Final Fantasy world

This game’s story is so sweet. It has none of the gen-x whatever feels of the previous two Final Fantasy games and feels like it belongs right next to 80s fantasy stories like The Princess Bride or Dark Crystal. These heroes just want to do the right thing all the time. 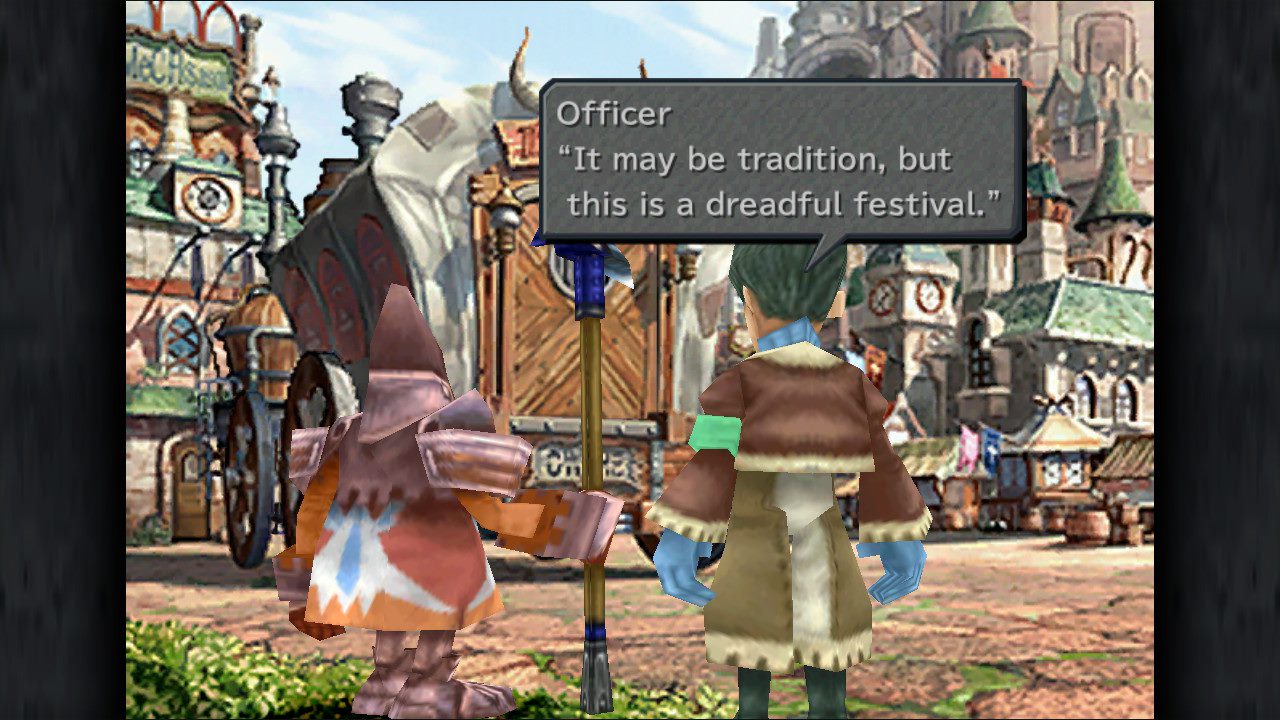 I completely see why people bought the PSP now. Playing Final Fantasy games on the go has always been awesome (shoutout to Final Fantasy Adventure on the Game Boy), and people still carry around GBA’s for FF6. I’ve really come around to the “port everything to switch” bandwagon.

Here’s a creaky-old-man lifehack with the Switch. You’re on the subway with both elbows holding up the console. You can just take one joy-con off the side and lower one arm for a while and still play. That’s just nice.

Final Fantasy games are turn-based RPGs that go back to 80s text adventures. There’s a lot of text. There’s a lot of menus. There’s a lot of running around and holding down the attack button for a while. But in 2019, all that’s optional. There are quality-of-life improvements here that let you speed up the game, give yourself boosts, and even turn off battles. This was the feature that encouraged me to play this game. I’ve always meant to go back and experience Final Fantasy IX’s story, but I absolutely do not care about its combat. I barely got good at its fighting style. I’m not sure I ever figured out its tech system. I’ve heard that it’s fine. Take all that stuff out, and it’s still a 20-hour game.

If there was a secret mega-boss like in VII and VIII, I missed it. 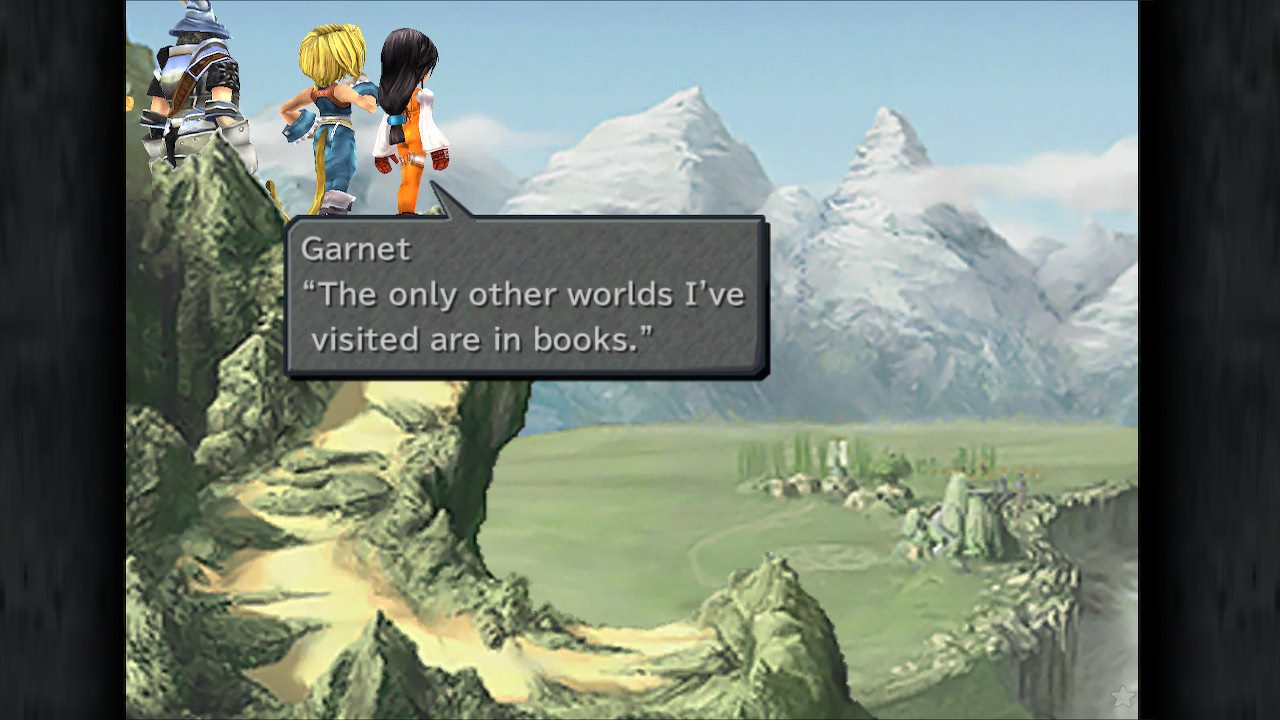 I’m glad I bought it on Switch and played it. It holds up! It was a retro effort in 2000, which helps future-proof it. But because it’s got a timeless appeal, I don’t feel like I missed out by leaving it until way later. It’s like it was designed to be put on your shelf for decades. 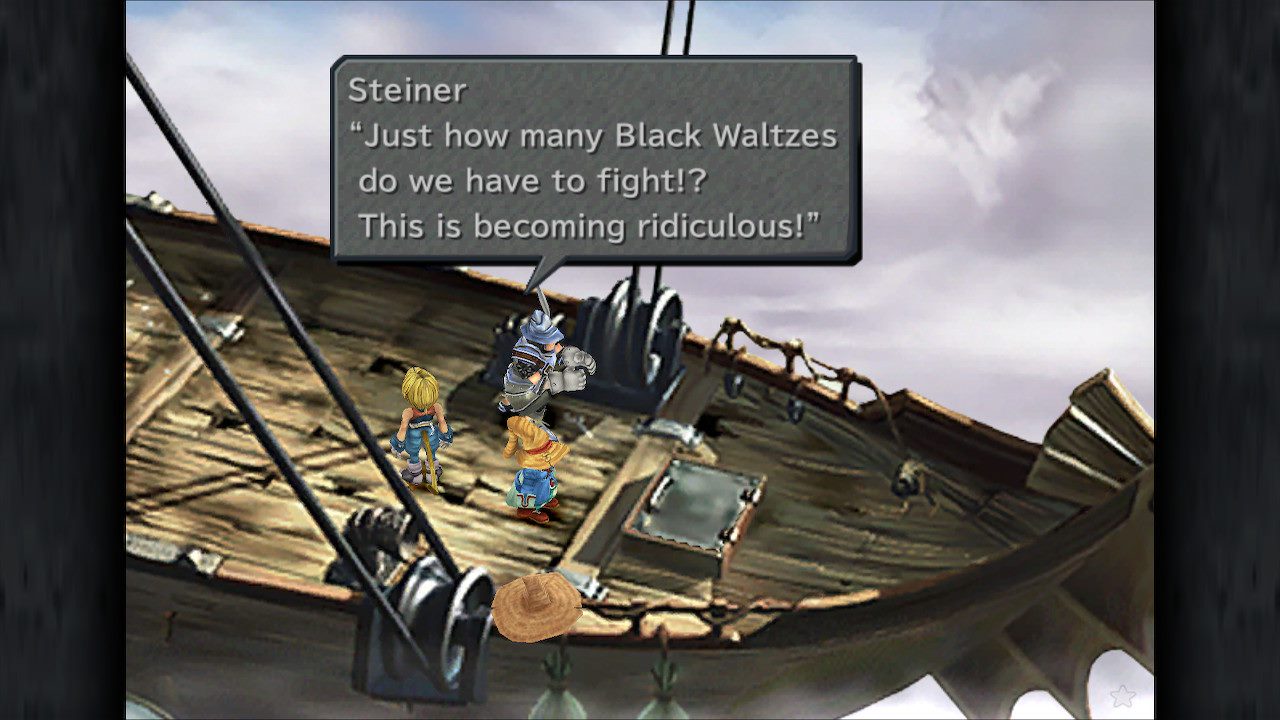 I dug how each character had unique convictions. There is a whole world-ending god/calamity thing, but it was much less interesting to me than these seven people figuring out the proper way to care for one another. That’s the good stuff.

Final Fantasy IX is great, but I’m not sure how good a video game it is. I’m all here for the story, but nothing else really mattered. Square shouldn’t do it, but someone should pay them loads of money to turn this one into a three-season TV show.

Game Finishing Season: Chrono Trigger So, like I said in my last post, I bought Chrono Trigger for the DS in 2009, and it remained unopened in a drawer for ten years. I had every