This is part writing exercise, and part listicle. I wanted to talk about my top Nintendo Switch games. Let’s see if I can write a paragraph or three about each.

Everyone’s top 2 games for the Nintendo Switch aren’t on this list.

I was one year late to the Switch. On March 3, 2017, I had a video game purchase choice to make. I could either buy an entirely new game console in which to play The Legend of Zelda: Breath of the Wild, or I could buy The Legend of Zelda: Breath of the Wild for my WiiU. I bought it for the WiiU, paying $80 for the disc (and $30ish for the DLC later that fall). It seems like the wrong choice now. One year later, I would trade in my WiiU for a Switch. No games were backwards compatible. Everything I’d purchased for the WiiU went along with that trade-in. But one year before, the trade-off felt fine. I still don’t regret it. Breath of the Wild may be a console launch for most players, but for me it was a tremendous sendoff to a Nintendo console not enough people loved.

Same with Mario Kart 8, which I purchased in 2014 and enjoyed for years. I’ll see y’all when 9 comes out.

Celeste feels so good. The way your character sticks to walls, runs across chasms, and changes directions midair are some of the smoothest moves in any game. It’s important that movement feel good, because Celeste is difficult. I was proud of myself for finishing the game on normal difficulty. I died hundreds of times (a number the game helpfully shows you).

Celeste’s story is also great. It’s a therapeutic climb up a hard mountain, where the “therapy” and the “mountain” both get to mean different things to each player. Can you read Madeline’s climb a trans story of self-acceptance? Yeah, that’s pretty close to the surface. But the central metaphor is about fighting yourself in order to conquer the world around you. That’s flexible, and can be inspirational to so many.

I love how Celeste looks. It’s retro-inspired pixel art is bouncy and friendly. It may look like a game from the 80s but plays like one that couldn’t exist. And I love how Celeste sounds. I still listen to the soundtrack.

I love that Celeste solves its own difficulty spike. If the game is too punishing on its regular difficulty, it lets you toggle a few options and fly through the game, allowing you to enjoy its beautiful scenery and memorable story without giving up in frustration.

Sometimes I forget I can just play new Mario levels whenever I want. My ten year old self hates me.

What a goddamn triumph Odyssey is. It’s not overly long, and I don’t really know how much replay value it has (I have only played it through once), but I was quantifiably happier every moment it was on. It’s a joy machine. The gimmick in this one is that Mario’s hat is now a sentient being itself, and throwing it things turns you into that thing. It works on bad guys, vehicles, and lots of objects. It’s fun and it doesn’t get old, because each level is clever about how the gimmick gets implemented.

On top of the central gimmick, I loved the quality of life updates. When you attain a goal in Odyssey, the game doesn’t boot you out of the level. You can just keep that momentum going.

The Jump-Up Superstar level is the climax point of all video games, and nothing is ever going to top it. 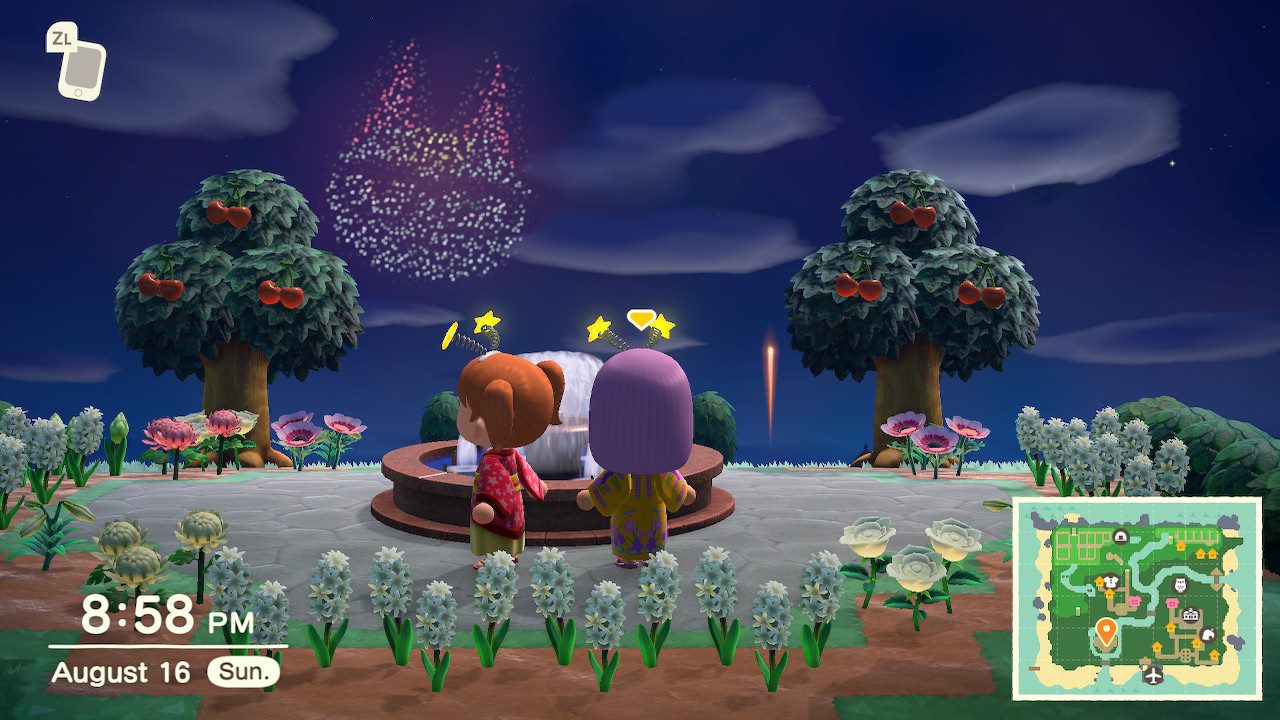 The only game where you feel a bit cheated that you’ve run out of stuff to do 200 hours in.

The Legend of Zelda: Link’s Awakening 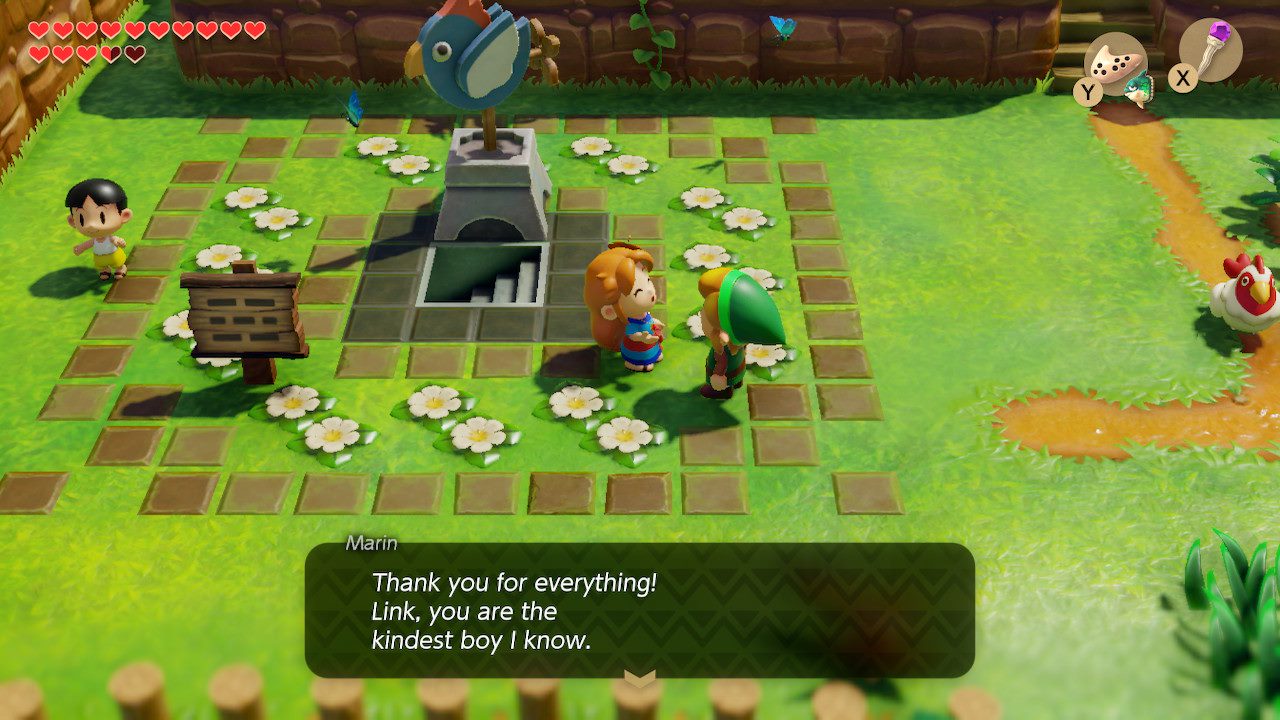 Proof that Nintendo loves that Game Boy Zelda as much as you do.

Link’s Awakening holds a special place in so many people’s hearts. It’s cute and weird and also nightmarish in a childlike way that’s universally appealing? But it was released on the Game Boy, and even though you can buy it on 3DS, that’s kind of dead too, right? So Nintendo updated the graphics while changing little in terms of the actual gameplay, which is about as good as you can ask for. So it’s now just this classic 2D zelda but it looks like a stop motion cartoon from the 60s, and thank you to whoever at Nintendo pitched that. 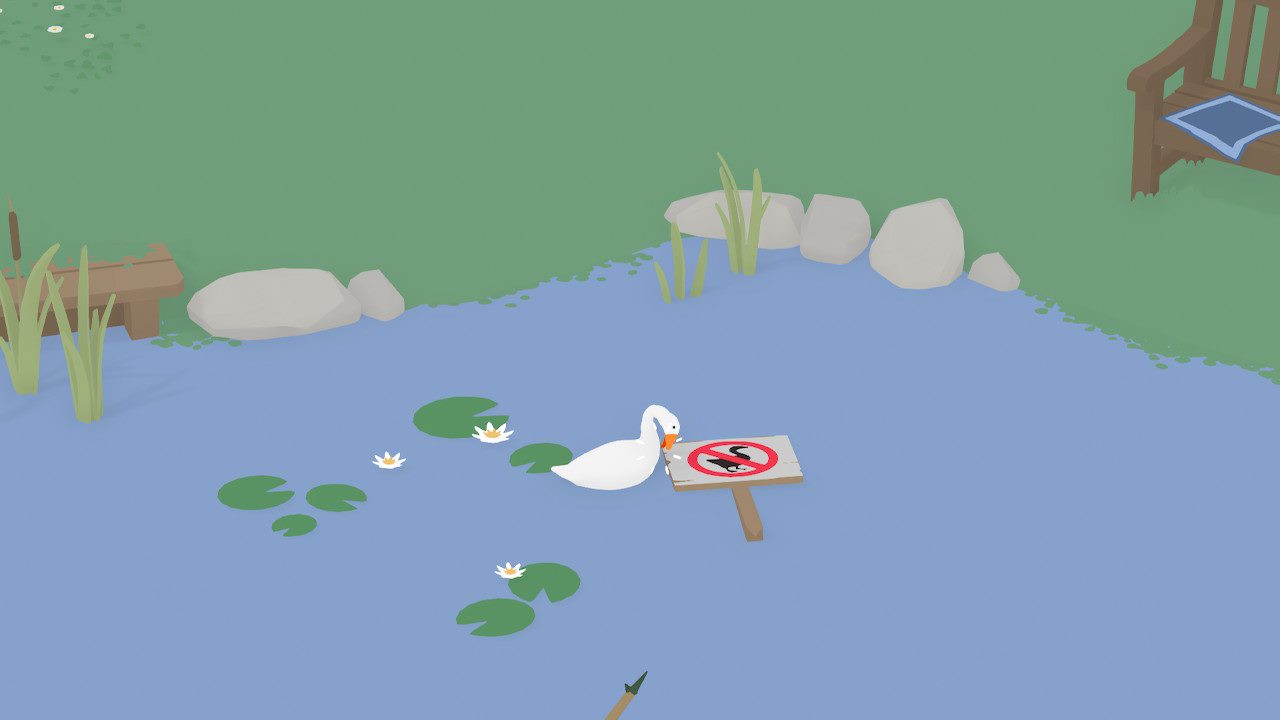 Open a nice bottle of wine and play this game with your partner. It’s a very good date. Bless video games you can finish in three hours or less. 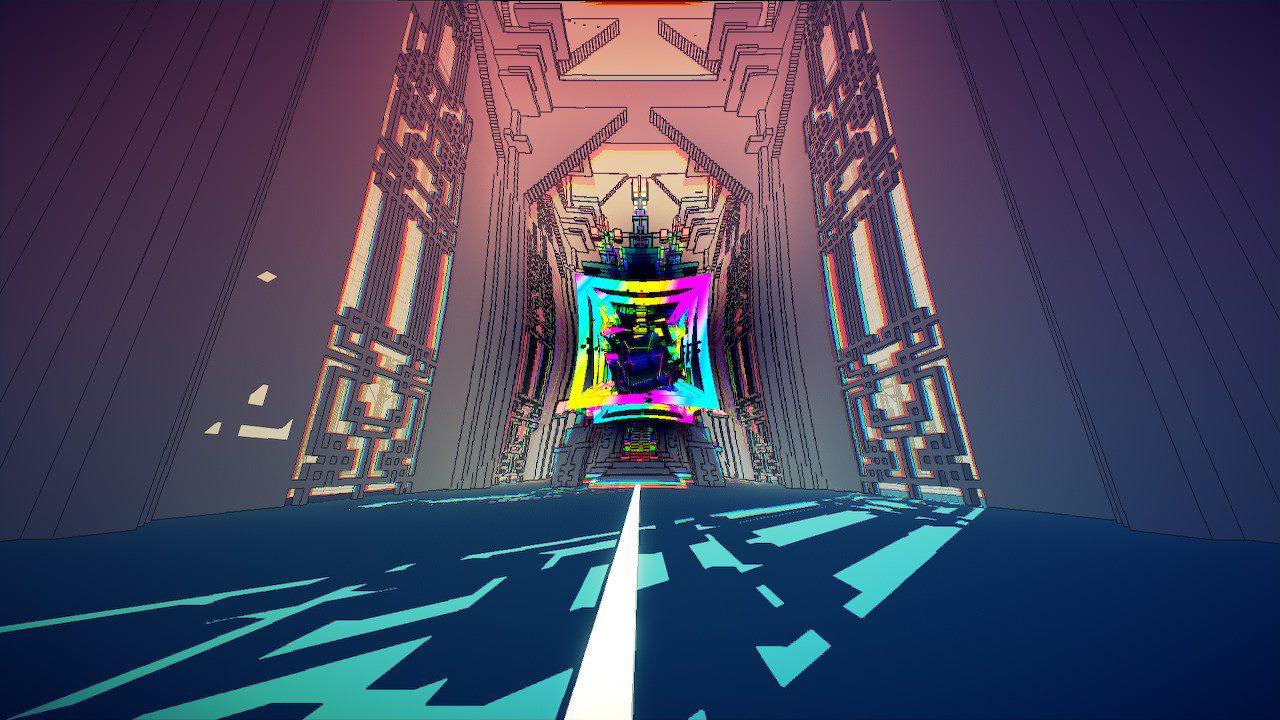 I’m surprised cults haven’t formed around Manifold Garden. It’s a first person puzzle solver that’ll break your brains’ conception of 3D space. You can get through it in about ten hours but you’ll think about it forever. 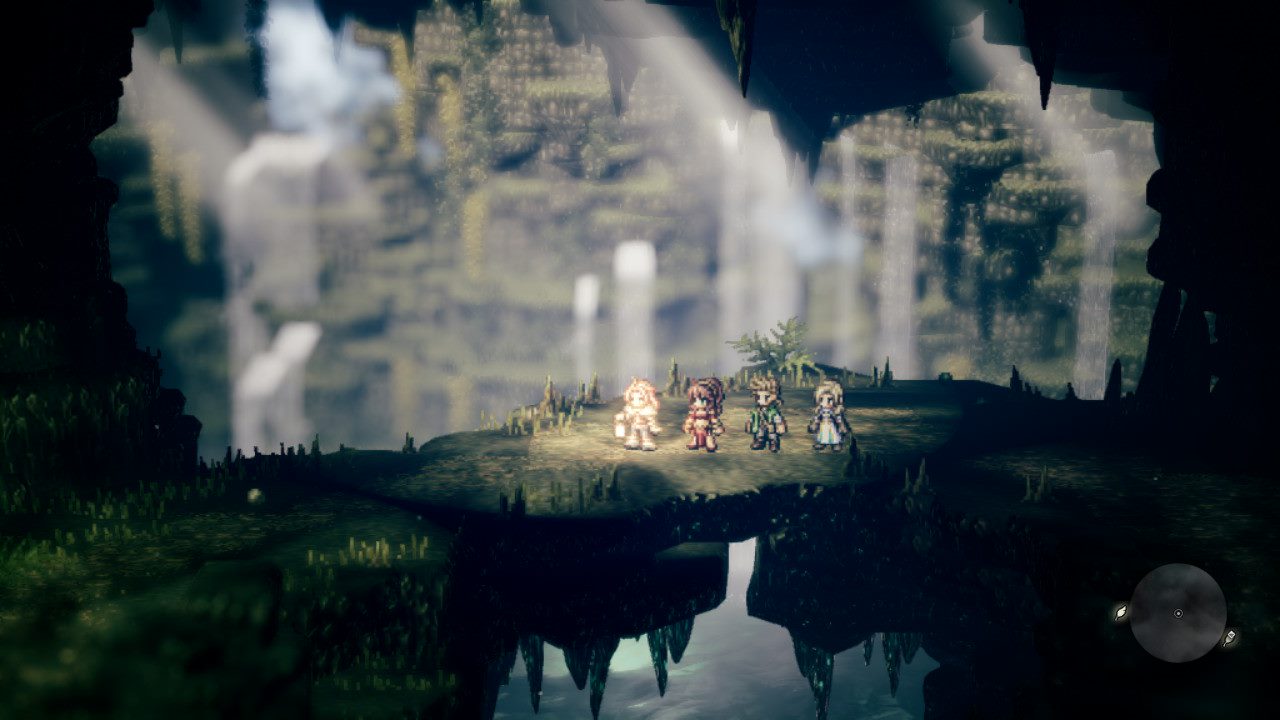 The Nintendo Switch library, through a series of strange coincidences and historical dates, has become this love letter console to the entire history of video games. This is the console generation that gave us the first great Sonic game since 1993 in Sonic Mania. Ultra Street Fighter II and Street Fighter: 30th anniversary are both the best versions of those games. The Crash Bandicoot Trilogy is very good. And this is the console generation where Square Enix figured out how to make classic-looking and classic-playing RPGs feel fresh and beautiful.

They’re on a roll, too. They’re releasing the first 6 Final Fantasies with updated pixel art and music (and bad fonts) on PC and phones. But I think it all started with Octopath Traveler and its “HD-2D” look, which mixes hi-res pixel art with cool lighting effects. The battle system is addictive enough to make random battles fine, and most stories in this anthology are compelling.

I’m pretty bad at Smash. I practiced. I improved. I beat all the single-player stuff in the game, but I can’t win an online battle to save my life. Just putting here that you can really enjoy a game for dozens of hours and not even win. 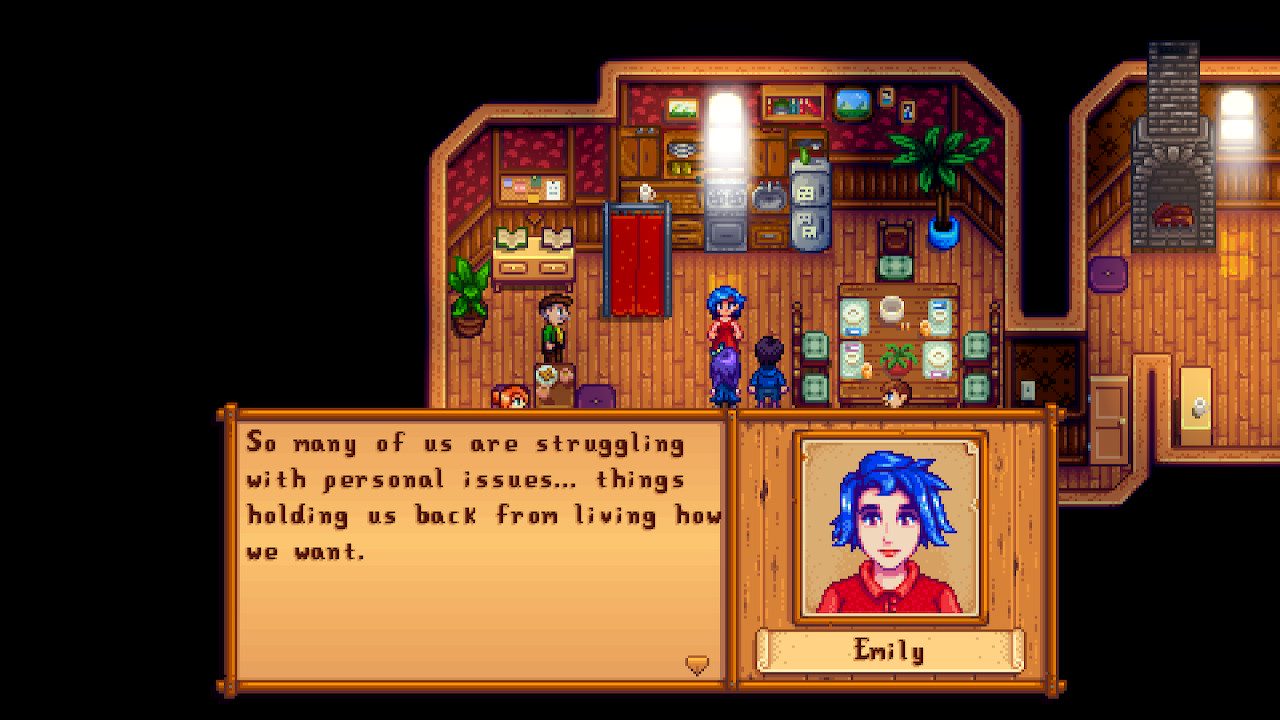 I’ve played more Stardew Valley than anything else. It obliterates the concept of a $15 game, because its deeper and more charming than everything else. Maybe Minecraft is deeper, who knows.

Stardew is easy enough to get into without realizing what you’re getting into, which is a bottomless pit of stuff. Its graphical simplicity is a lie for how complex things are underneath, proven by how many spreadsheets you’ll find online. And you will go online, because there’ll be one object in a quest you can’t find anywhere, so you’ll google it. And google will give you a spreadsheet of stuff you didn’t know the game even had. And then you need to get that stuff too.

If this sounds stressful, it really isn’t. Stardew is the cornerstone cozy game, actively lowering my heartrate every time I play it. I’ve been playing it on and off for three years now. It’s the game I play when I’m not playing other games. But when I get really into it, like I have been lately, no other game seems to do.

You Chose Poorly S02E07 - Zune Mikey and Sawyer talk about the Nintendo Switch OLED, and then dive into the Zune and how it might be one of the biggest You Chose Poorly objects so