I keep a good number of things in Notion. However, I don’t necessarily want it to be my solution to every problem, nor do I want to keep stuff in there where it’s not the right place for it. So every now and then, I want to do a bit of an audit to ask myself if I’m using a database, and whether or not I should move it elsewhere or discard it.

My “Notion of Notions” is meant to be a catch-all place where I can see every day summarized. However, I rarely look it. It might be better suited as a Home Screen instead of a database itself. I thought I’d see more interesting information from it, like patterns in my life I didn’t know about. Nope.

I think I’m going to drop this one. I thought it would be useful to make a calendar and database list of workouts. But after over two years of adding data to it, I almost never refer to it. I never look at it except for inputting new workouts, and it never informs my decisions.

I’d like to find a reason to look at this more. Maybe I need to find a view that makes more sense. As it is, I often forget to add data to it. I do like however, how it relates to my “Recipes” section, because it shows everything I’ve ordered at restaurants (that I’ve input, anyway). Keeping for now.

This database is still useful to me, simply because there isn’t a Letterboxd of video games anywhere, and making my own was easy enough. Marking progress on games isn’t super easy, but that’s not on Notion.

It’s also useful to just have a page for any game I’m playing, because I can put notes and links there.

Having said that, there’s nothing all that “Notion” about it. It’s basically a spreadsheet with some links. I could migrate it to OneNote or even excel and not lose much. Something to think about later.

Still the most useful tool I’ve ever made for solving a unique, dorky problem: remembering what matches I’ve seen, rating them, and linking matches to wrestlers.

My reading list fails at one thing I’d like it to do: get me to read more.

I started this one up as a way of tracking my vinyl listening. It a) works fine, and b) mostly tells me I’m not listening to that much vinyl. Still, it’s the Delicious Library solution for a physical media collection, and there’s nothing wrong with something just doing that.

I built the TV tracker of my dreams, and it’s so good I want to make a demo version of it so other people can use it.

Same. This is a project I’m going to make in early 2023. I’m really happy with how it works.

You’d think tracking clothes would be easy. I have not built this habit at all. Still, it’s not the database failing me. I should fine-tune it a little to make it something I’ll actually want to do.

I’m dropping workouts, and removing a few things from my overall calendar (I don’t really need to know what dates I watched a wrestling match, turns out). Everything else is staying for now, but if I read this post in 6 months and haven’t done much with them, I’ll kill it.

So, in writing this blog post, I’ve realized I need to ask my notion databases to push information out to me more. I want them to remind me of the things I’ve told myself I want to do. I wonder, is it possible to make this happen? It’s one thing to put stuff in there. How can I make it tell me what’s useful in the future?

I made a Scrivener document that does exactly what I want when doing something like Nanowrimo: 30 individual documents with the date and a word count. Nothing to set up. Nothing to configure. 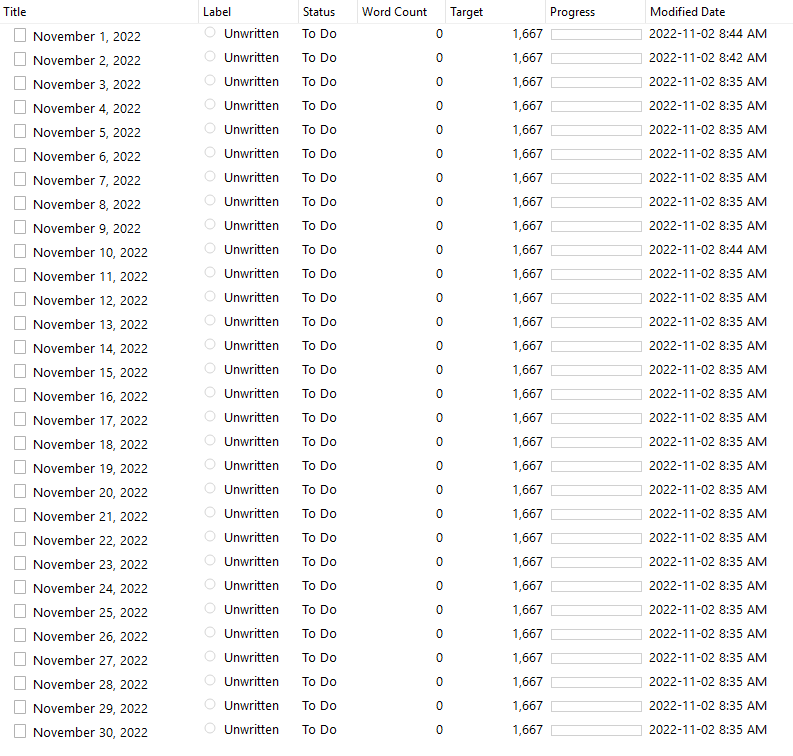 Whatever day it is, click that document and start writing. Check the whole thing in outline view to show your progress. It’s not how everyone likes to write, but it’s the way that keeps me engaged. 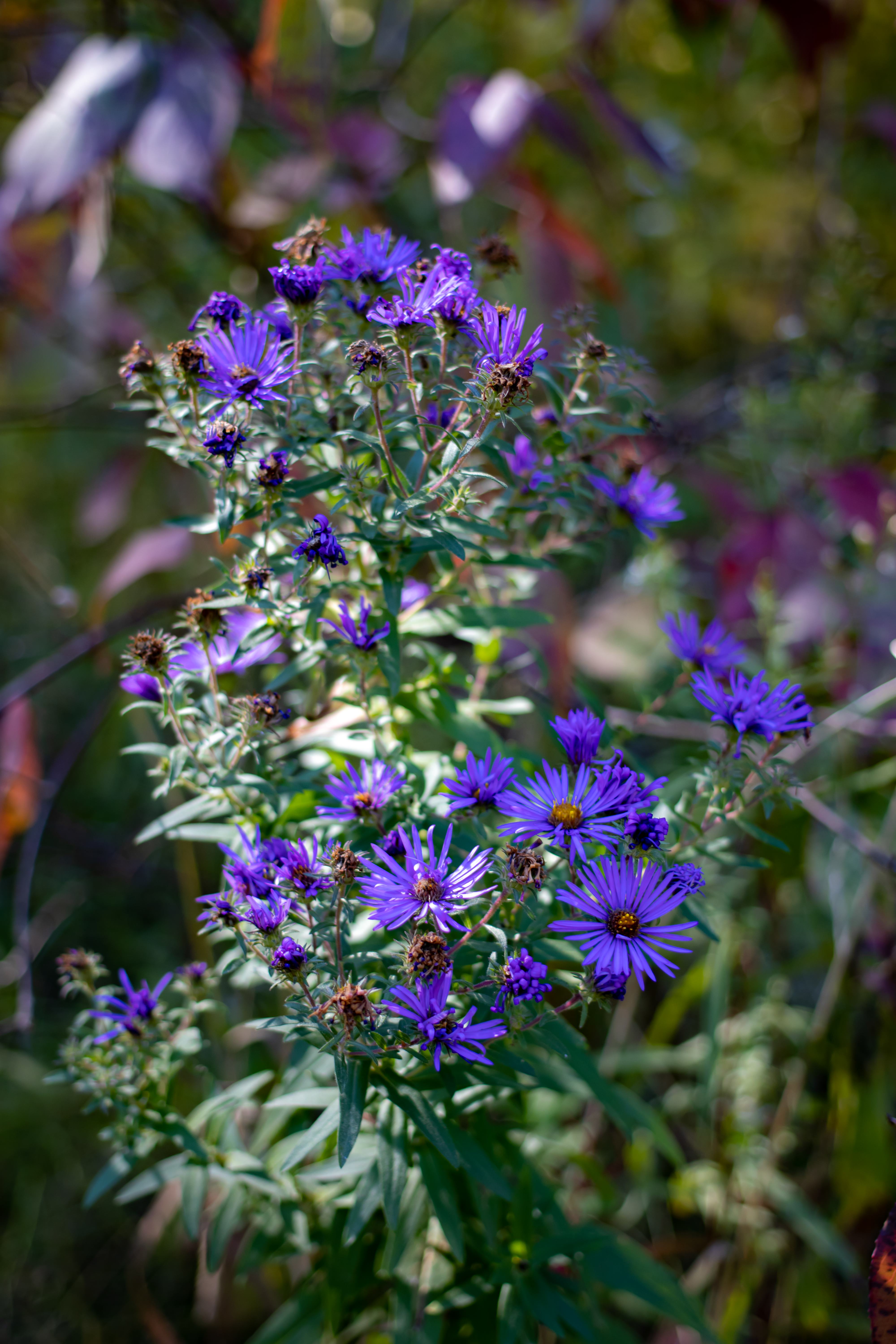 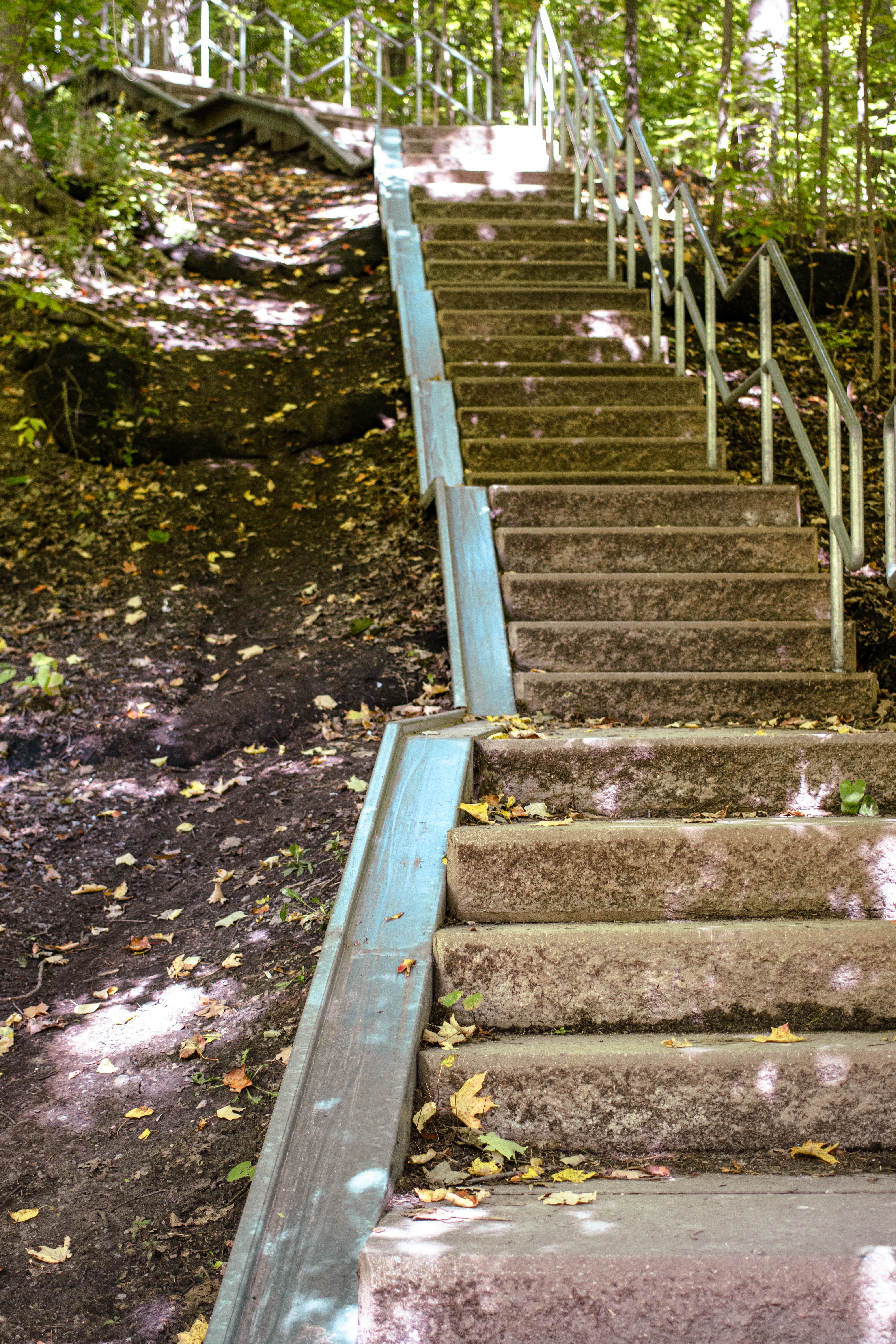 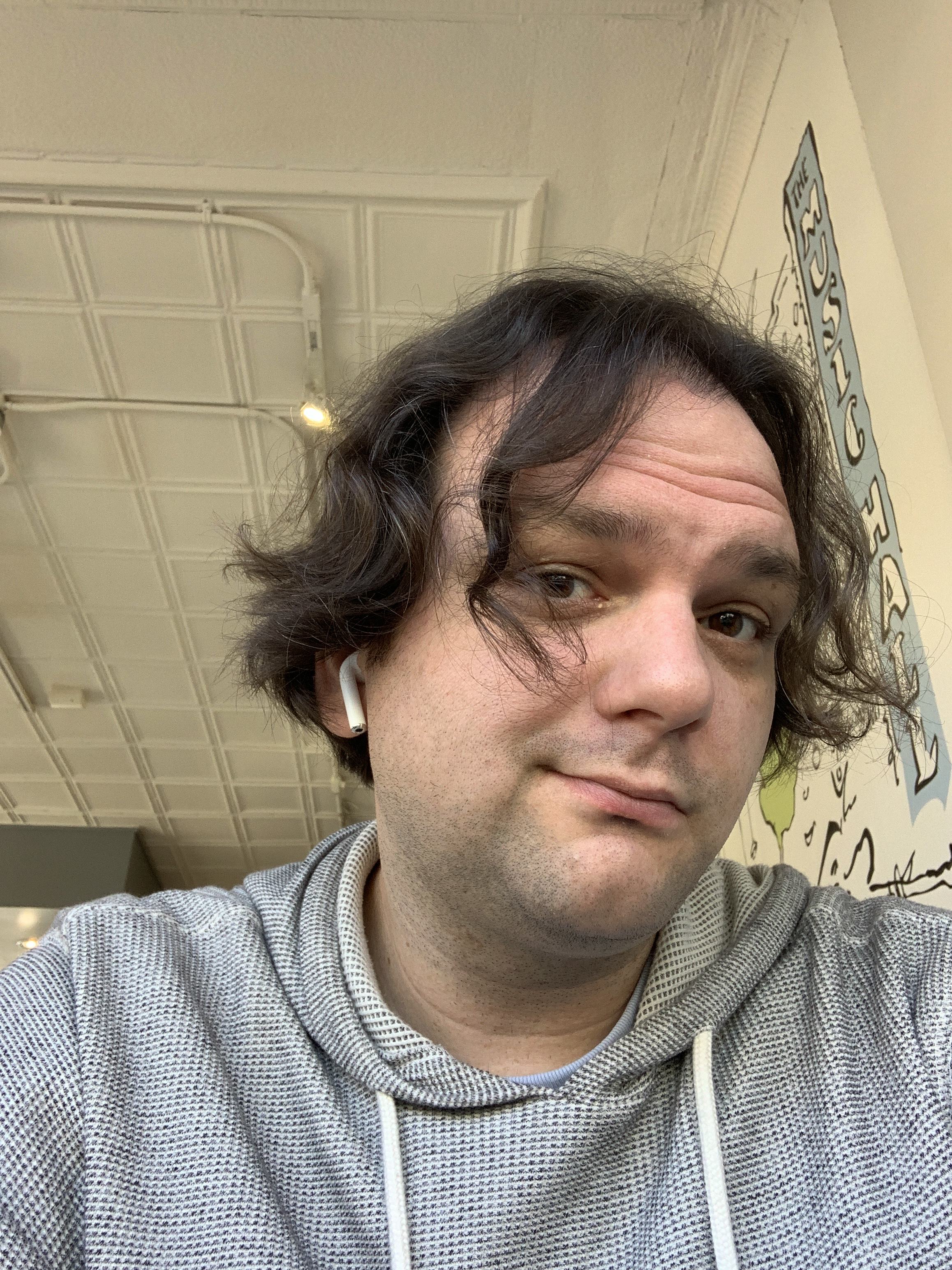 Adam Mastroianni on their Substack:

You think you were born into an era of enlightenment. You think your ancestors suffered under shamans and charlatans, but you enjoy the fruits of centuries of science. I understand this belief. When we got our chemistry textbooks in high school, there weren’t a thousand blank pages in the back labeled “ALL OF THE CHEMISTRY WE HAVE YET TO DISCOVER.” The text went right to the back cover, as if that’s all the chemistry there is and will ever be. But Kyle, as much as we have learned since Galileo peered through his telescope and Hooke peered through his microscope, we still live in the Dark Ages.

I think I’m going to stop saying “apparently” and “I read this somewhere” and instead say “my most recent update about this topic is,” because that’s the most true thing. I don’t know if my last bit of knowledge is true, and I don’t know if this new one I have is true. It’s just the most recent.

You Forgot It In People Turns 20

That said: Writing a 20-year anniversary essay around this particular album is a gut punch. It’s hard to think of a record that meant more to me as a young adult than this one did…. For me, You Forgot It In People is one of those albums that is so steeped in coming-of-age nostalgia, my pragmatism around anniversaries frankly doesn’t stand a chance.