I’m proud of myself. Keeping up with a workout routine for one year is not something I’ve ever done before. I’m usually pretty bad at healthy routines.

This is the data just for the last three months. Click here to check the others. Because it’s been one year, I’ll make a separate post with all the numbers added up.

Number of types of workout

Calories Burned (this would be massively approximate)

I bought an Apple Watch during this period, and the integration is really nice. When you begin a workout, the watch becomes a heart rate monitor for the workout itself. At the end of the workout, the Peloton app gives you a nice summary of your heart rate during the exercise:

Of course, the Apple Watch version looks a little slicker: 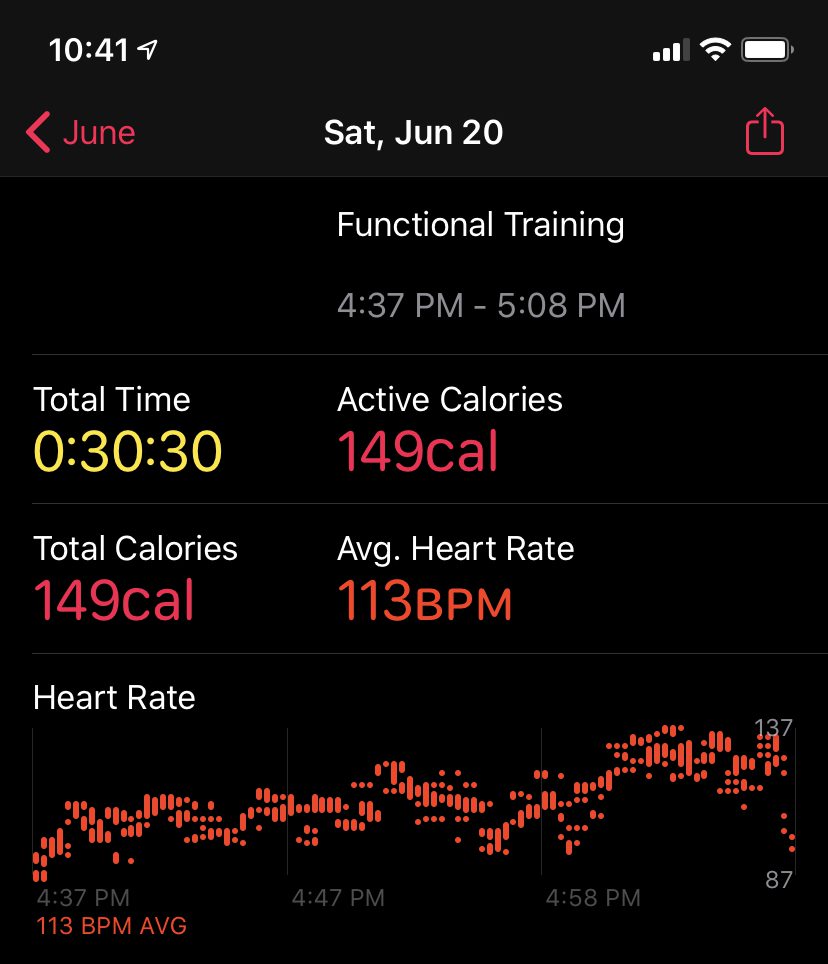 Now, for some comparisons. Strangely, my last three months is very similar to the three months prior. Almost the same number of workouts, but with 5324 calories burned vs 3510 last time. I gained the time before as well, and that was attributed to taking longer workouts overall. But this time? I think the workouts got harder. Peloton has moved entirely to “at-home” workouts, and, you know what? They feel tougher. The instructor doesn’t have to interact with the studio crowd as much, and I feel like they cram more into each workout. Or maybe that’s just the difference between taking 9 vs 3 Jess Sims classes. She’s tough. She’s not Becs Gentry tough, but who is?

Peloton after 1 Year (All Data Version) I’ve made four seasonal blog posts about Peloton in the last year. Just to see it all in one place, here’s the data I’ve gathered from my Peloton