This morning, my phone bricked while updating. I subway’d to work with only my Kobo. I read, and I listened to the noise of the train and the people around me. It was some good quality reading time. The lack of music was a novelty. It was the first time travelling silent since I’d began taking anti-depressants. And I wrote this bit on the subway too, first in my little notebook. It made me think I should do this more often. I don’t always have to shut out the world.

But if you do have to shut out the world, Pinout’s a pretty good way to do it. 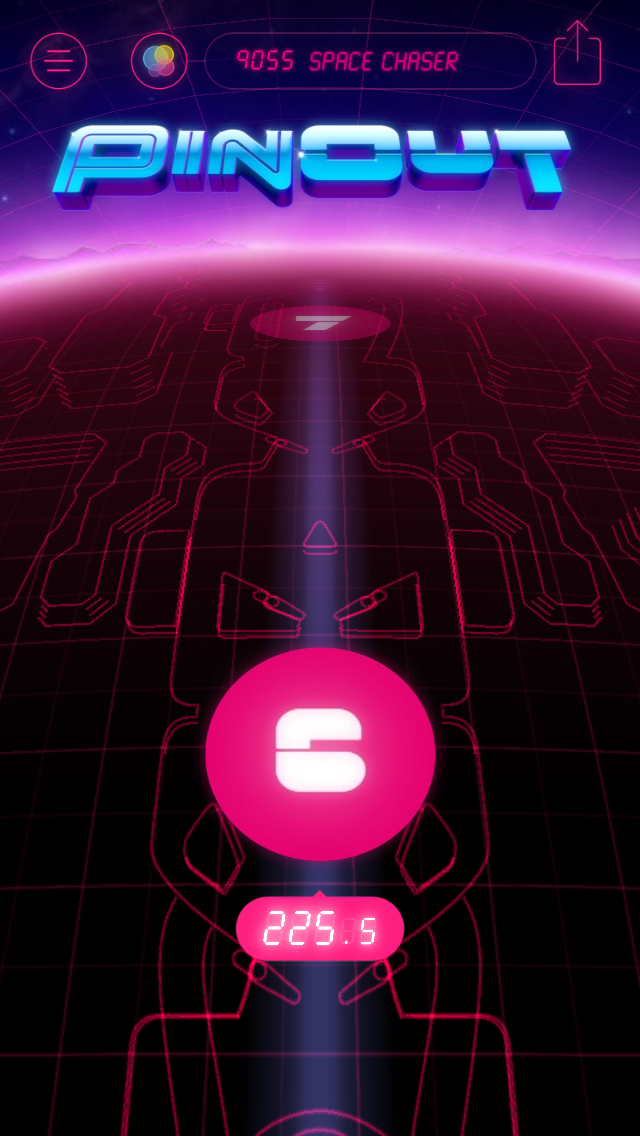 I recently redownloaded Pinout, an iOS game released in 2016, because I hadn’t actually sunk my teeth into it properly. The first time around, I didn’t realize there was actually much here, because I made the mistake of only playing the free version. Paying $4 unlocks something dastardly: a saved high score.

If you play for free, you can’t save your progress, and you start at the beginning. If you pay, you can start at any level you’ve completed, and your best time will be saved.

I figured out what makes this game special. It isn’t just that Pinout is a creative reinvention of pinball. These game developers have cracked the mystery of how to entice players to replay levels.

Level one begins with 60 seconds. Level two’s time is what you have after beating level one (and so on). Getting a better time feels good, but it’s also helpful to your future self. And if you go back and play the levels again, you can improve your start time on any future level.

Pinout’s game loop is about adding more time to higher levels by playing lower levels again. The practical effect of this score improving scheme is that it gives you more time in the end-game unlimited mode. Is there and end to it? I don’t know. I haven’t yet banked enough time to get me there. But the real reason to best your scores are because they’re sitting right there, being to be bested. It starts out as nice, becomes something practical, and ends up as something nice again.

For a while, it’ll be a tempting challenge. You’ll run into your personal best on a level by level basis, and then you probably won’t play the game again. That’s what I did. Alto’s Adventure has a “zen” mode that allows traversal without the challenge and stress of the level challenges. A similar feature would be welcome here. Pinout has excellent flow. It’s a shame the clock is always running out.

When I look around the subway in Toronto, I mostly see people looking at their phones, and most of them are playing games. Well, most people are playing Candy Crush. I can’t blame them. Simply being on the subway is reason enough to want to turn off your brain. Pinout is a good game for that because, unlike Candy Crush, it ends. There is a point in the game where you will be forced to look up and think “that’s the best I can do.” And then you’ll do something else.

More Things, July 25, 2018 With the help of an IFTTT recipe that turns what I save to Pocket into a Markdown link, I can easily make a linked list blog post again. Hence, the

Cura, July 16, 2018 Cura is my Spotify mixtape. You can listen to it and subscribe here. I keep it as one playlist so it’s easy to subscribe to. I update it fairly